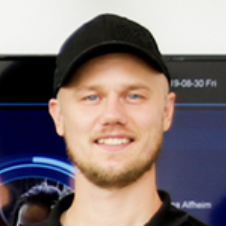 NEW FIRMWARE REACTIVATES PTZ AUTOTRACK
After installing the latest "officially released" firmware on the PTZ cameras in the DS-2DE4A *** series, you will find that autotracking stops working. According to Hikvision, this is not a mistake, but to improve operational stability. For those who want to continue using Autotracking, Hikvision has now announced that this firmware can fix it.